Trade secrets encourage innovation from businesses who will have a competitive advantage versus their competitors. Unfortunately, it is extremely easy these days for someone to acquire a company’s trade secrets, especially when the information is stored online or digitally. This can make it very tempting for an unethical employee to access the data and steal it. The good news is that the law gives courts several options when it comes to imposing trade secret remedies in California.

To learn more about the remedies available to plaintiffs in California trade secret cases, keep reading this blog.

Additionally, the CUTSA explicitly provides for the following remedies:

When a company’s trade secret is misappropriated, the first order of business is usually to take immediate legal action to stop the unauthorized use of the information. The CUTSA allows courts to act quickly by issuing an injunction that bars the defendant from continuing to publish or otherwise use the confidential information. If a permanent injunction is issued in the case, then the defendant would no longer be able to use the trade secret going forward.

Damages are a common remedy available to plaintiffs in most civil suits, including intellectual property claims that involve trade secrets. In California trade secret claims, a court may award actual (or general) damages to compensate the business owner for any economic harm they suffered because of the defendant’s misappropriation. Actual damages can also include compensation for any profits the defendant received from use of the confidential information, such as when a competing company uses a trade secret to improve their product and generate increased revenues.

In some trade secret cases, the court may also award exemplary damages to the plaintiff. These types of punitive remedies are usually imposed only when the defendant is found to have acted “willfully or maliciously” in stealing, disclosing, or using the proprietary information at issue in the case. As set forth by the CUTSA, there is a cap on exemplary damages of twice the plaintiff’s actual damages.

In extreme cases where the defendant acted willfully or maliciously while misappropriating trade secrets, the plaintiff may be eligible for reasonable attorney’s fees and legal expenses. This means that the plaintiff would not have to pay their own legal expenses in the case, with those fees instead being shifted to the defendant whose actions necessitated the legal action in the first place. Of course, these cases are rare because the standard of proof is very high.

California courts may consider the following five (5) factors when determining whether the willful and malicious standard is met in a trade secret claim:

For example, a defendant who lured a business owner into a meeting or deal where the trade secrets were exposed may be deemed to have acted “willfully and maliciously.” Courts typically want to impose remedies that deter this sort of behavior and make others think twice about taking similar actions in the future. That’s because the marketplace is undermined when business owners can’t engage in negotiations or acquisition discussions without worrying about whether their innovations and hard work will be stolen.

It is also worth noting that defendants may be eligible for an award of attorney’s fees in certain instances. That’s because California Civil Code § 3426.4 stipulates that a plaintiff must not act in bad faith when filing a trade secret misappropriation claim. If the plaintiff in a trade secret action is found to have filed their lawsuit with no honest expectation of winning the case, then the court may award attorney’s fees and costs to the defendant.

The remedies available in federal trade secret claims filed under the Defend Trade Secrets Act (DTSA) are largely identical to the remedies available under the CUTSA, but there is an additional remedy available to some plaintiffs in federal trade secret cases: civil seizure. When there are extraordinary circumstances, the court can issue an order to seize property before the case has been resolved. The logic behind civil seizure in trade secret claims is that the infringement should not be allowed to continue while the legal system takes time to sort through the matter.

If your confidential information has been misappropriated by a competing company, a former employee, or anyone else, both California and federal law can be useful tools to stop the unauthorized use of your trade secrets. These laws can also be used to help you get compensation for any harm already done because of the trade secret theft or disclosure. The Los Angeles trade secret lawyers at Tauler Smith LLP routinely represent clients in intellectual property claims, and we are prepared to assist you with your claim. 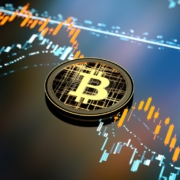 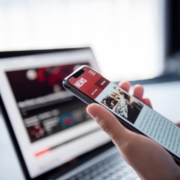 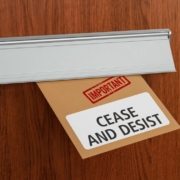 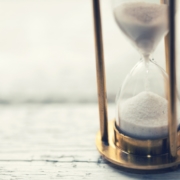 What Is California’s Trade Secrets Law?

Statute of Limitations for Trade Secret Claims
Scroll to top